I started this little blog almost five years ago. And at that time, our little daughter, our Babygirl, was four. Last week she turned nine…no longer so little, or so baby. #uglycry I’ve thought about changing her nickname on the blog, but regardless of her age, I think she’ll always be our Babygirl…so the name stays.

Another thing that stays the same, is her absolute and complete love of art (and horses). So when her birthday rolled around last week, no one was surprised that she asked for an art party. For the fourth year in a row. Four. Years. In. A. Row. Can I just say the creative well has dried up when it comes to art parties around here?!?

Year One of the Art Party was game-on…we hosted it at home and there were projects at every turn. Year Two we moved it to an actual art studio, and still went a little cuckoo with rainbow decor and treats. Last year was same art studio, slightly scaled down excitement (but still a fun polka dot theme!).

This year was chicken strips, cheese puffs, fruit and gum balls. (Which, fyi, apparently all that’s needed for a successful nine-year-old party, is a giant tub of cheese puffs, and gum balls.) But I did follow tradition, and baked her cake (with Betty Crocker’s help). And while the rest of the party decor was low-key, the cake was pretty dang cute. We’ve done rainbow, tie-dye, and polka-dot cakes for the Art Parties…the only thing left was splatter. I contemplated flinging watered-down frosting, dyed in bright colors, all over the cake. But shuddered at the thought of it ending up all over my new backsplash. I thought I’d have to conquer my fear of fondant, until I found these genius guys…sugar sheets! 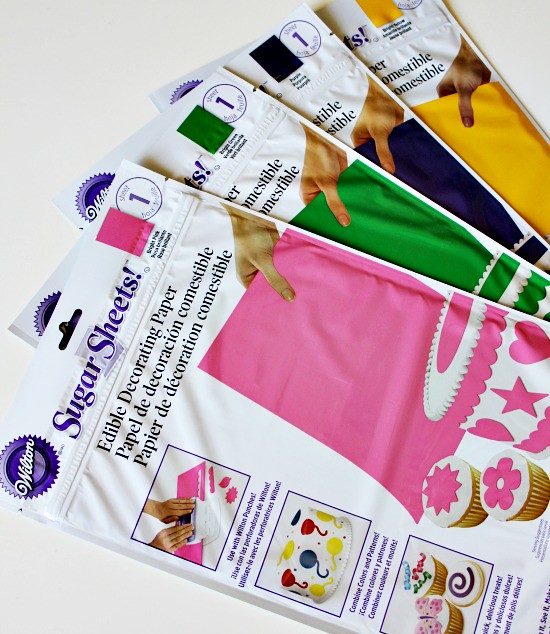 Have you seen them before?! They are in the cake decorating aisle of craft stores, and come in tons of colors. They have a vellum backing, so you can draw out shapes before cutting, then place them on a freshly-frosted cake. I didn’t eat them, but the kids said they were good. 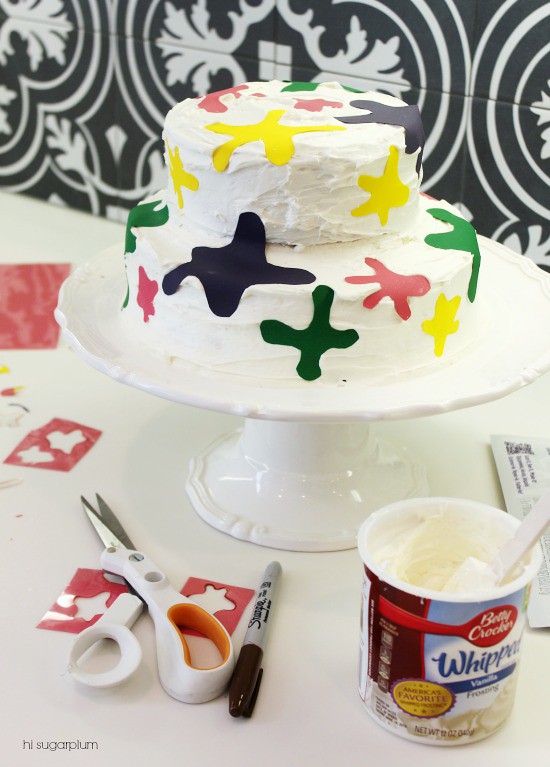 We topped it with a little chalkboard banner and extra-tall candles. And to make the cake itself fun, I stacked two 6-inch layers on two 8-inch. 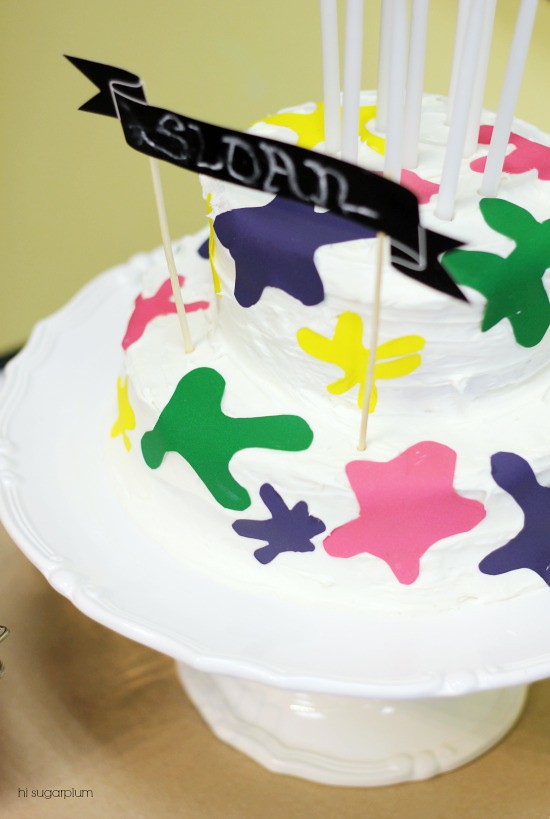 The invites followed the splatter theme, as well. 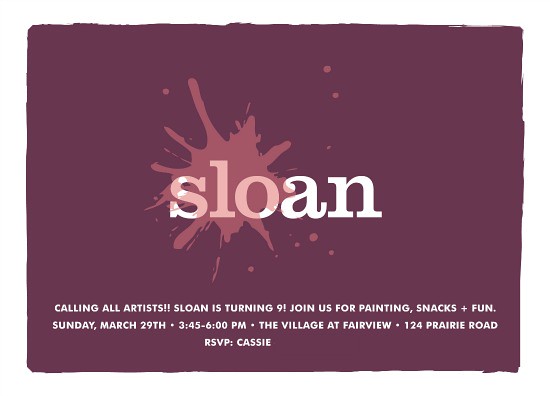 The birthday girl chose the invites and napkins, and I coordinated around them. 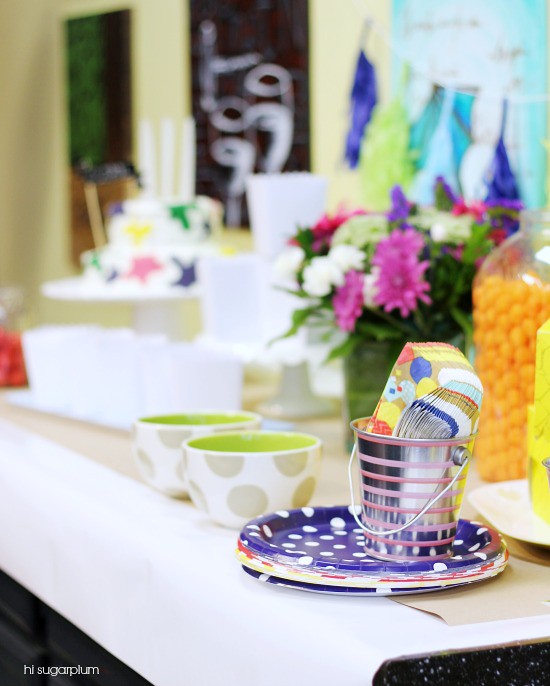 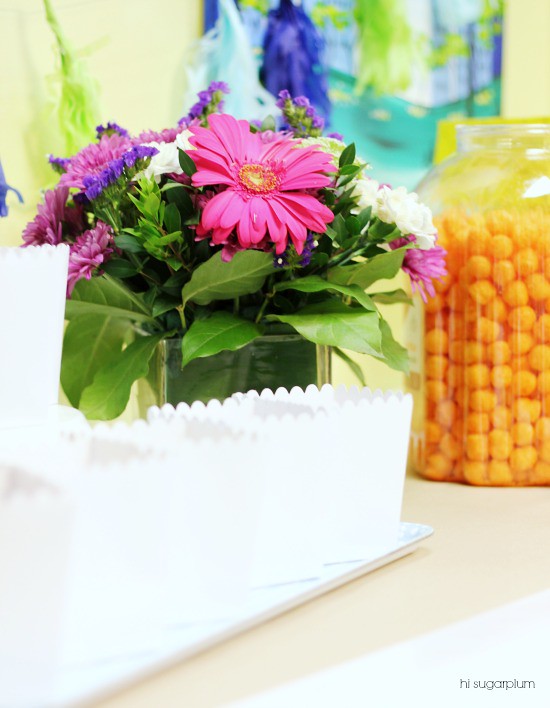 Tables were covered with white butcher paper, and a ‘runner’ of craft paper…the kids had fun drawing and writing birthday messages for her. 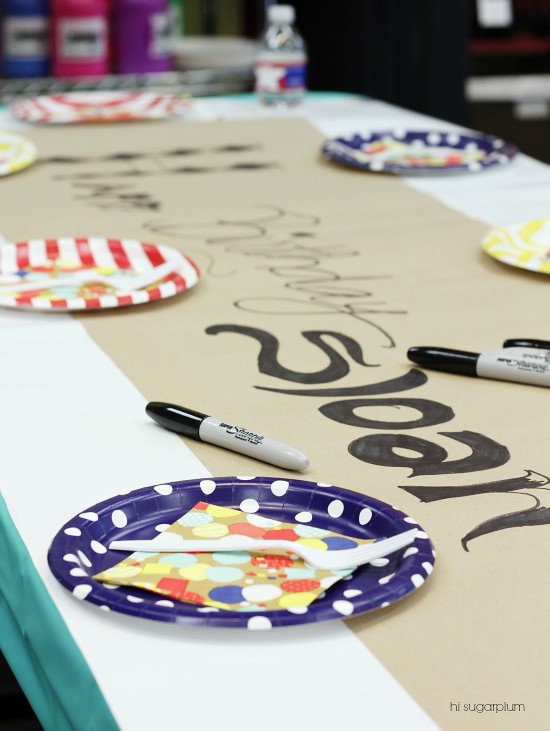 Whomever invented mini-cans is a genius. 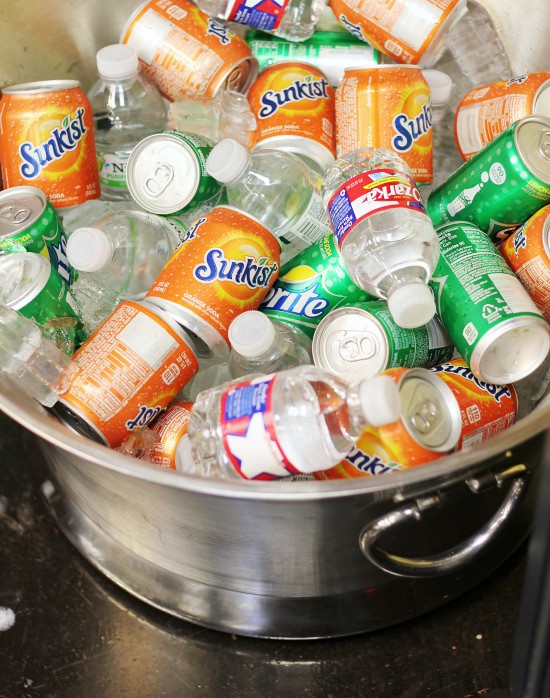 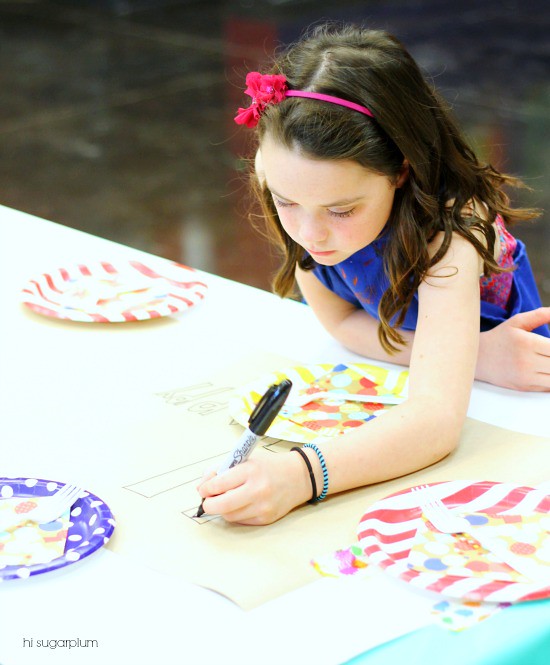 The last two parties they’ve painted animals, but this year she chose a zen blossom tree. It’s amazing how quiet and attentive the girls are as the instructor walks them through the steps. 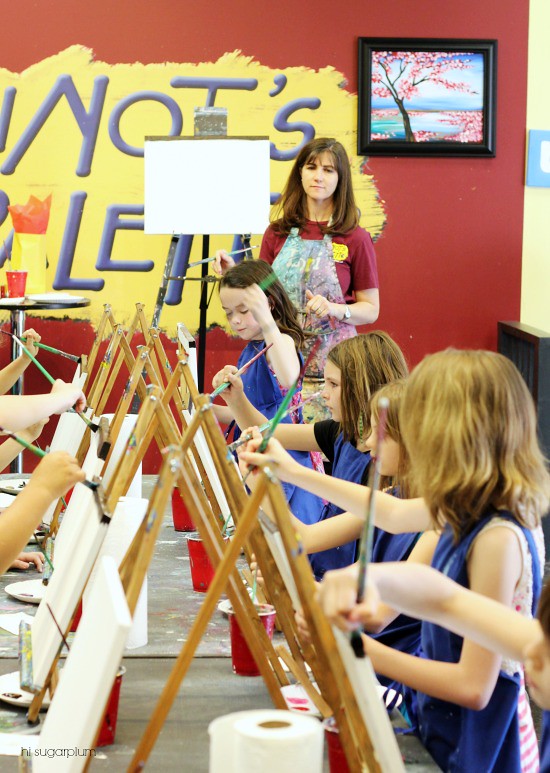 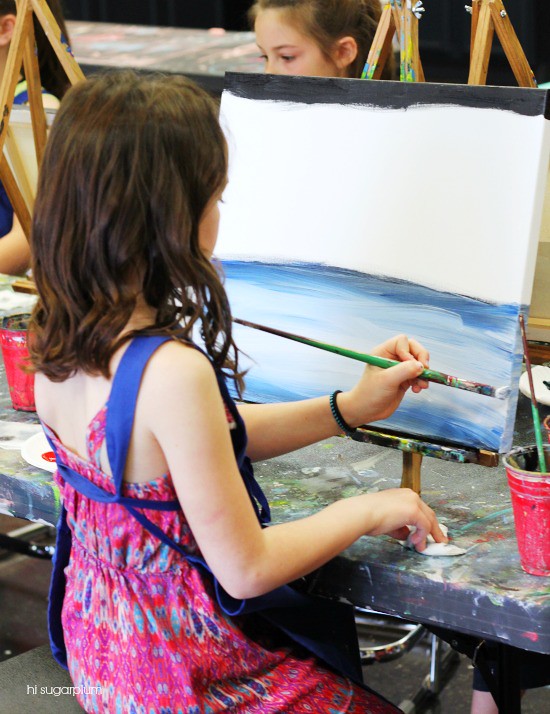 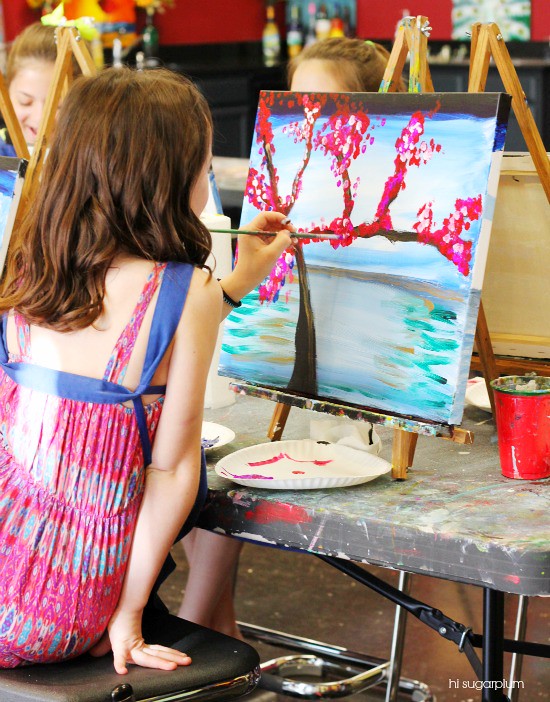 It may have been the fourth go-round, but she loved it just as much as the first. And was thrilled with her splatter cake. Excuse me while I go bawl my eyes out! Where has the time gone?! How are my kids getting so old, yet I’m still the same age?! 😉

*The party was held at Pinot’s Palette in Fairview, Texas, and they did a phenomenal job. All decor is from Target and invites from Minted.*