I don’t know about your neck of the woods, but in the South we start the New Year with a dish of black-eyed peas. According to folklore, this New Year’s Day tradition dates back to the Civil War, when Union troops pillaged the land, leaving behind only black-eyed peas and greens (as they were thought worthy only for animals). Rich in nutrients, these were the humble foods that enabled Southerners to survive. Enjoying them on New Year’s Day represents a communion of family and friends, bound by grateful hearts and renewed hope for good things yet to come!

I don’t take any chances, so we eat them every January 1. 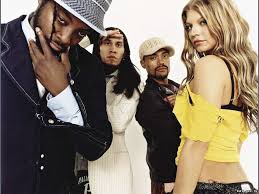 The story is even better in my family. Since before I can remember, my grandfather, Poppoo, made a huge batch of Black-Eyed Pea Relish (also known as Texas Caviar) every year after Christmas. He would fill mason jars with his spicy treat, and the two of us would pile in the car to hand-deliver them to all my grandparent’s friends. As the years went by, the number of recipients grew…as did the number of grandkids who delivered them with Poppoo. His last year of the tradition, he prepared 48 jars!

We lost Poppoo this year, and I just couldn’t bare to lose his tradition of the Black-Eyed Peas, too. So my mom, aunt and I whipped up a batch of his famous peas this week (although probably not quite as spicy as he liked to make them!). We even delivered them to a few of his closest friends. As soon as they saw us, along with my two kids, standing on their doorstep with a jar of peas, they knew exactly why we were there. It was emotional to say the least, but I felt such joy knowing we were carrying on something for which Poppoo was known.

I’m not sure where he got his recipe, or if it was just something he cultivated over the years…but they are fondly known as:

Note: This recipe is for 24 pints. Half it for 12, or double it for 48. You probably could figure that part out, but I confuse easily, so I thought I’d throw it in.

5 cans black-eyed peas (we prefer Trappey’s brand with jalapenos, but we’re spicy like that!); drained

1-2 cups jarred jalapeno peppers (depending on your sissy level); chopped

Salt and Tabasco to taste

Soak your dry beans in plenty of water overnight. Drain, then cover with fresh water and bring to a boil. Reduce heat to simmer and cook until just tender (about 35 minutes.) Don’t overcook, you want them snappy, not soggy. Drain and allow to cool.

Combine all the ingredients except the cooked peas, canned peas and Italian dressing. Mix well and salt to taste. Once the cooked peas are cool, combine with canned peas and Italian dressing in a separate bowl from the veggies. Mix well. Combine all ingredients, mix well and add Tabasco to taste (about 25 shakes down here). We didn’t have a bowl large enough for a small calf, so we combined four cups each of veggies and peas into a third bowl, mixed well, then filled the jars. I think we did that 3 or 4 times in order to fill all 24 pint jars. Refrigerate until serving or delivering. I hope your New Year is full of hope, joy, prosperity and DIY projects!